From Clem Cummings’ iconic Canberra bus shelters to the National Arboretum, Canberra boasts a profusion of unique design and architectural traditions. Canberra’s enthusiasm for design is demonstrated through the continued pride in Walter Burley Griffin and Marion Mahony Griffin’s 1912 plan that was and still is what makes Canberra a functional and intriguing city. While most Canberrans’ first thoughts when they hear Canberra and design in a sentence is most likely the Griffin’s enduring plan, the city is in a constant state of renewal and experimentation. The New Acton precinct demonstrates how mixed use planning can bring together heritage buildings, community gardens and contemporary urban planning and design.

The Canberra Region’s design credentials are not limited to architecture. Celebrated design icons such as Fred Ward’s furniture and Robert Foster’s F!NK jug contribute to our internationally renowned design community. Canberra designers are world leaders in their fields, work internationally and have pieces in international collections. Not-for-profit organisation Craft ACT is celebrating these designers and icons through its DESIGN Canberra Festival.

Craft ACT is a membership based organisation that supports artists, craft practitioners, designers and makers at every stage of their careers, with the assistance of artsACT Key Arts Organisation funding. Since beginning forty years ago, its mission has been to celebrate contemporary craft through its retail space, exhibitions, events and membership program.

Craft ACT sees Canberra as a living design laboratory. To promote the experimentation and innovation of Canberra makers and designers past, present and future, it runs the DESIGN Canberra Festival. 2017 will be the festival’s fourth year, evolving from a four day program in 2014 to one month in 2016 and 2017, earning its title as Canberra’s fastest growing festival. Each year DESIGN Canberra exceeds expectations, setting a benchmark challenge for the next year. With audiences growing from 24,000 in 2014 to over 69,000 in 2016, DESIGN Canberra continues to impress.

Local sponsorship has been critical to DESIGN Canberra’s success with $100,000 generated for each of the past three festivals. Securing sponsorship takes enormous effort, especially for small organisations. However, when Craft ACT reached out to the community, local businesses saw the value of a thriving creative sector in Canberra. This willingness to back a local event is what makes Canberra a unique city in its sense of community and dedication to promoting the achievements of fellow Canberrans. The ACT Government has also committed to supporting the festival for the next four years. 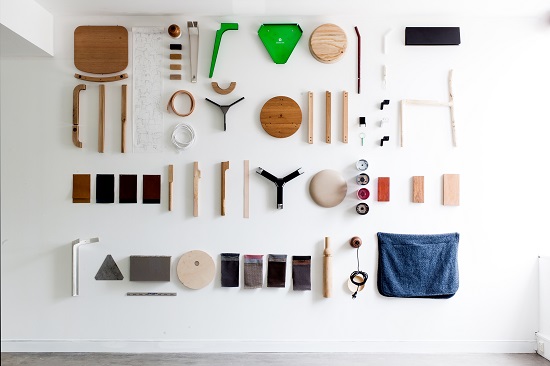 Serving an appetite for design

DESIGN Canberra encompasses a curated program of exhibitions, talks, tours, activations, markets, collaborations, artist studios and open homes, all of which tell a story about design in Canberra. There are events to suit all ages. The festival raises awareness of Canberra as a world class city of design and acts as a high profile showcase of the designers and makers working in Canberra.

A standout success has been Living Rooms, where Canberra homes of notable design are opened to the public. These architecturally important houses, including those that are environmentally significant, contemporary, heritage, or mid century modern, each tell a different story. The enthusiasm for the showcase is evidence of an appetite for architecture and perhaps a local penchant for open homes.

DESIGN Canberra not only promotes established and renowned designers and makers, it gives a platform to emerging and young designers. As part of Living Rooms, early career makers were invited to curate a pop-up exhibition in each space. The festival also engaged future designers at a secondary and tertiary level. Established local designers talking with high school students about how to forge a creative career will happen again in 2017. In 2016, international designer David Trubridge facilitated a workshop for Australian National University and University of Canberra students. Participants learnt about David’s experiences as a local and international designer, and discussed issues around ethics and sustainability.

For those further into their careers, the festival featured Open Studios, an opportunity for the public to learn about and buy work directly from the maker. This experience gives the public an appreciation for the artistic process, as well as creating a culture that values the arts. 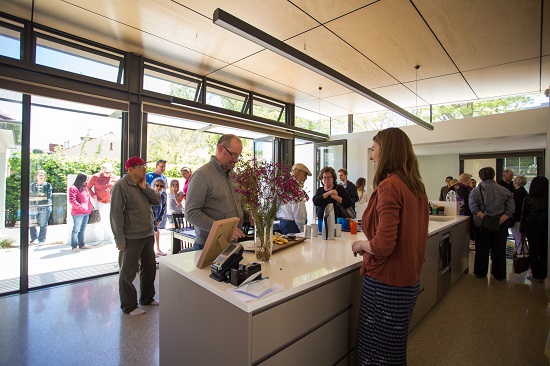