A local Canberra dance studio is a far stretch from the unmapped depths of the Southern Ocean; however, both appear on the impressive list of accomplishments of local dancer James Batchelor.

James spent ten years training in dance with Quantum Leap at Gorman Arts Centre before continuing his professional development by studying a Bachelor of Dance at the Victorian College of the Arts in Melbourne. After graduating, James returned to Canberra on an invitation to mentor students in the QL2 dance program, where his dance training began. Keeping a connection with QL2 is important to James, as he believes QL2 is about ongoing development of people with himself an example. James went through the program, progressed on to university, and is now a professional dancer. Coming full circle and being involved with QL2’s programs is James’ way of giving back to the process that afforded him the opportunity to pursue a career in dance.

Taking Canberra’s young talent to an international audience, James created a work called ‘Cinders’ with QL2’s Youth Dance Ensemble, which toured Glasgow and Bangkok. However, his connection with Canberra’s arts community goes further than his youth work. His commitment to the Canberra dance community was recognised in 2014 when he was awarded Canberra Young Citizen of the Year. James has performed in local festivals such as Art, Not Apart and You Are Here. Being involved in festivals is an important part of career development for artists. James sees participation in smaller festivals as a way to build an audience and context for his work and performance. ‘I can make work in the theatre, but it appeals to a specific audience’ says James. By performing in festivals that operate in varied locations with a range of artists that draw a variety of audiences, artists can access new audiences who then seek out their future shows and performances.

Along with festivals, James has created and performed a number of well received dance works. Metasystems, a performance created for the Keir Choreographic Awards, and funded by artsACT, DFAT and the City of Melbourne, was performed internationally in Italy, France, Thailand and China. This opportunity made a strong contribution to audience development of contemporary dance and awareness of James’ work.

An ocean of opportunity

Another of James’ performance pieces lead to an extraordinary opportunity he describes as ‘once in a lifetime’. James presented a work at Canberra Theatre called ‘Island’, which combined dance, sound and architecture, and was nominated for an Australian Dance Award for Outstanding Achievement in Independent Dance. In the audience was a scientist from the Institute for Marine and Antarctic Studies in Hobart. He approached James after the show with an invitation to be part of a 58-day expedition as an artist in residence on board the Investigator, a ship exploring sub-Antarctic Islands in the Southern Ocean. From a local performance, this extraordinary international experience emerged. James is working on material collected and inspired from the expedition to develop into performance.

With Project funding and Out of Round funding from artsACT, James has been able to grow, build and take more risks with his projects. In 2017, James is working with Canberra Theatre on his biggest dance project yet in The Playhouse. The piece works with and responds to the architecture of the theatre and its specific functionality as a space. James describes this as a rare opportunity to work on a large scale by having use of the facility during the development process. A preview of James's upcoming Playhouse residency can be found here https://vimeo.com/201520151

James’ future direction is to create new works for an international audience, especially in Europe, while also working closely with major festivals in Melbourne such as Dance Massive, and dance institutions like Chunky Move. While James’ ambitions and future work will take him to distant lands, he says he will always consider himself from Canberra and will remain involved in the local arts scene. 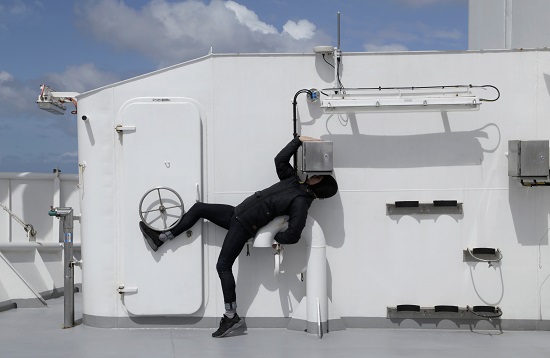 Image: aboard the Investigator

For more information about James visit his website at http://james-batchelor.com.au/

or email him at james@james-batchelor.com.au