Walking into the hot shop at the Canberra Glassworks on a February afternoon feels like you have stepped into a sauna that is just heating up, a stark comparison to the cool foyer. The hot shop floor is soaked in natural light that comes pouring through the huge paned windows, which are awe inspiring glass creations in themselves. This iconic industrial building hosts talented glass artists who visit from local, national and international destinations to produce beautiful, intricate colourful glass creations from the blazing fires of the kilns. One such artist, John White, has received international recognition for his glass work.

After graduating from ANU School of Arts with a Bachelor of Visual Arts, John took up a Graduate in Residence at the Glassworks with a group of other artists from across Australia. This experience gave John the opportunity to work and share experiences with fellow glasswork graduates. Before this residency, John assisted as a technical officer in the hot shop while studying. Since then, he has had a studio at the Glassworks.

Working with glass is a physically demanding and highly skilled practice. Beyond a core skill set, each technique brings new challenges. Artists also work differently, making the small community at the Glassworks a great environment for bouncing ideas off each other. The community grows and retracts with interstate and international artists coming for weeks or months at a time to make use of the hot shop facilities. 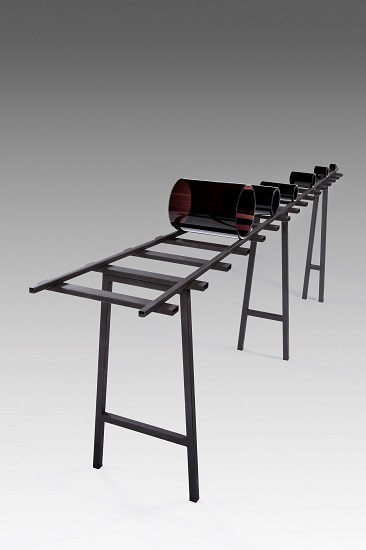 Image: Between one place another by John White

In 2016, John took his artistic endeavours from the Kingston foreshore to Japan as part of the ACT’s Asialink Reciprocal Residency program. The ACT Government provides $20,000 to Asialink to support an international residency for an ACT artist and, for the first time in 2016, $24,000 for a reciprocal residency.

The residency enabled John to spend six weeks at Toyama Glass Studio and Takeyoshi Mitsui, a glass artist from Japan, to have six weeks at the Glassworks. The exchanges occurred at different times, allowing the artists to meet and introduce one another to their networks and work spaces. While in Canberra, John worked as Takeyoshi’s assistant in the hot shop, with Takeyoshi reciprocating in Japan.

This time to work together allowed John and Takeyoshi to develop a friendship and cultural exchange John says he will never forget. Although Takeyoshi speaks English quite well, the hot shop communication was a silent language of hand gestures and shared skills. John says not many words were spoken then but they laughed and attempted to make jokes. The two are still in contact and the cultural exchange continues with John sending Takeyoshi the Australian coffee he loves and misses. 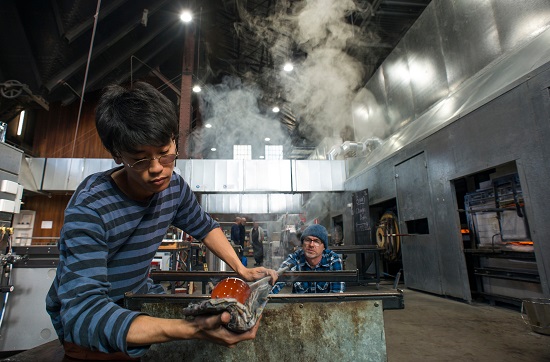 Arriving for his residency at the end of the Spring Festival, John was greeted by cherry blossoms and snow capped mountains in Toyama. Both John’s accommodation and studio were on campus, with his studio a few strides from his door. While he says it was difficult to go overseas alone, leaving his wife behind, John experienced more generosity and hospitality than he ever expected.

One of the highlights of John’s time was the unexpected friendships he made not only with people working in the hot shop, but with the people who helped with the advertising and graphic design for his solo exhibition in Japan. Connecting over food, towards the end of John’s time in Japan his new friends treated him with dinner and parting gifts. This show of generosity continued with another colleague gifting him a food pack, layers of rice and salmon, for his homeward journey. While the food sustained John throughout the plane trip, these moments of generosity have stayed long after.

Another highlight was been given a solo exhibition in one of Toyama Glass Art Museum’s gallery spaces. Opened in August 2015, the Museum has six floors of gallery space and two levels of public library. The building’s facade, made of glass, aluminium, and rock from Toyama, shines like the beautiful glass art it houses. It is designed to reflect light to make the streets and its people shine as well. Inside, large slanted cylinders guide the sunlight directly onto the floor. Cedar boards, glass and mirrors made in Toyama softly reflect the light, and warm the space to create an experience akin to being in a forest. The design of the building speaks to John’s love of Japanese attention to detail.

For his exhibition, John built glass carriages of a Shinkansen train. Shinkansen is a network of bullet trains in Japan that, according to John, run on time to the second. The piece was recently on display at Belconnen Arts Centre. 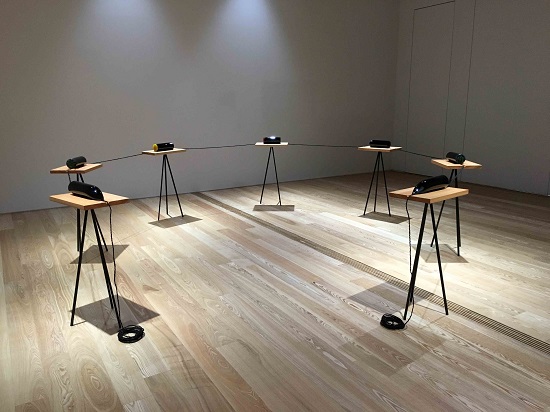 Image: Between Cultures by John White

John described his residency as a fantastic experience, saying he was surprised to receive it. However, the residency and his practice were a perfect fit. His love of Japan, from its food to its aesthetic and attention to detail, captivated John when he travelled there for a Gold and Silversmith workshop. In admiration of Japanese artistic techniques, he collected Japanese fabrics before leaving without any idea of what to do with them. These spur of the moment acquisitions are now the inspiration for his new body of work, which investigates Shibori, a centuries old fabric dying technique. The beauty of glasswork is the ability to combine ancient techniques from different cultures, with John exploring Shibori through an old Italian Venetian glass technique.

Opportunities such as international residencies allow artists to explore new cultures and discover ancient traditions, and bring to life exciting works. John’s inspired new body of work highlights the significant benefits for both the artist and the audience. 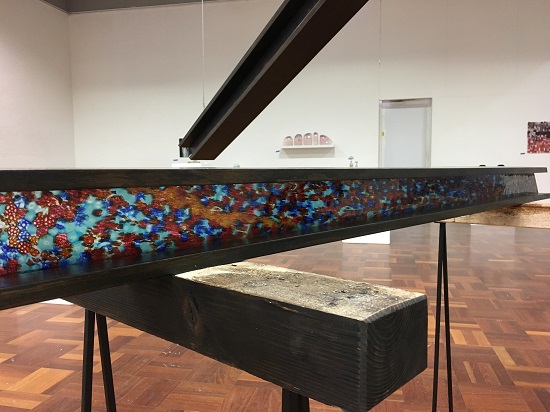 Image: Between Walls by John White

For more information about John and his work visit his website at http://www.whiteglass.com.au/