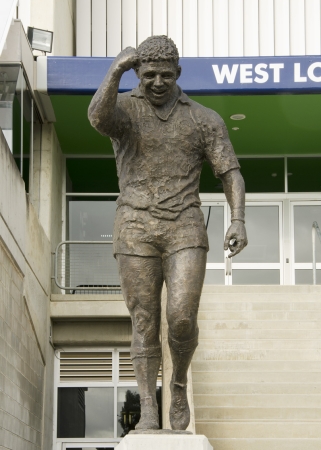 This sculpture signifies the outstanding contribution Mal Meninga AM has made to Rugby League. The pose captures one of Mal's most triumphant moments of his playing career when he scores a late try in his last match for the Canberra Raiders – the 1994 Grand Final.

Launched on 28 June 2009 By Jon Stanhope MLA Chief Minister and Minister for the Arts and Heritage.